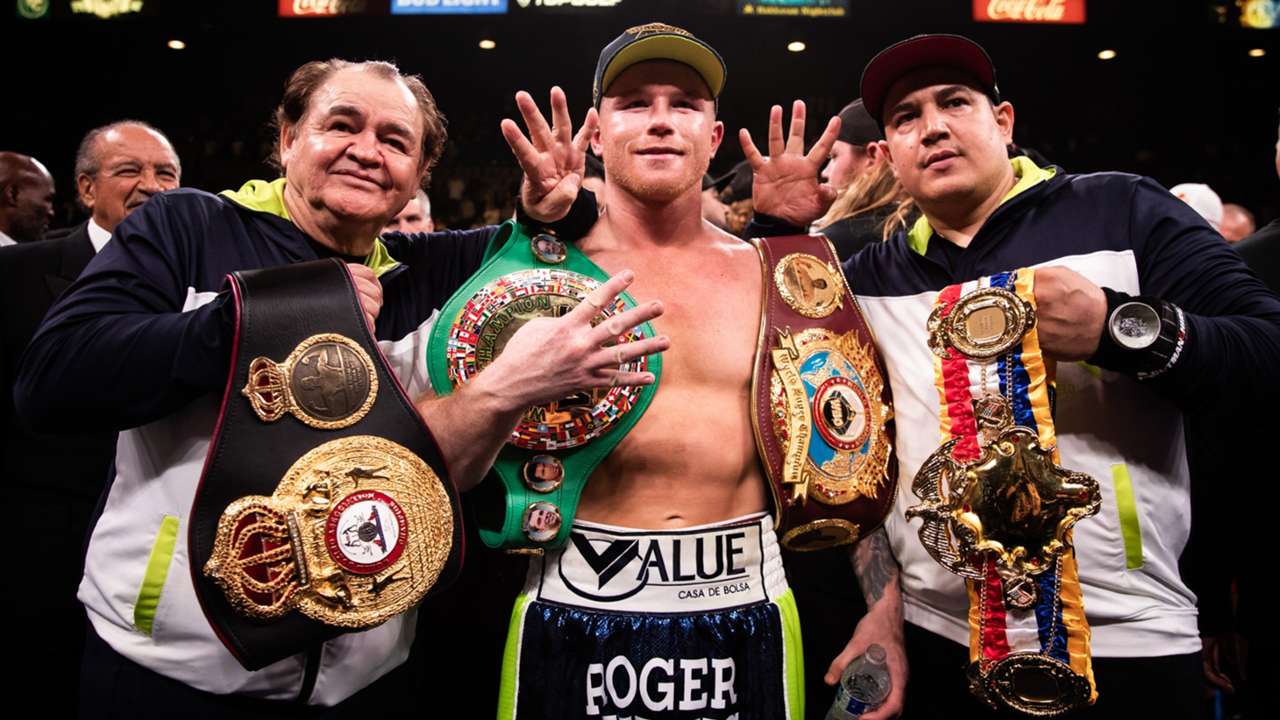 Canelo Alvarez defeated GGG via unanimous decision (116-112, 115-113, 115-113) on Saturday night at T-Mobile Arena in Las Vegas to remain the undisputed super middleweight champion. The win closes the book on one of the great rivalries in boxing history, a trilogy that saw Alvarez with a 2-0-1 edge.

The Mexican superstar dominated from the opening bell, landing more total punches and more meaningful punches throughout 12 rounds. Golovkin was too cautious early and showed little aggression until the ninth round. By that point, he was down too big and needed a finish to take the fight.

Their trilogy marks the first time Alvarez has thrown and landed more power punches than Golovkin. In their two previous meetings, ‘GGG’ was the more active fighter, pushing the tempo and rattling ‘Saul’ with volume.

Canelo had a 85-46 edge in power punches landed, landing the harder punches all fight. Canelo landed 39% of his power shots, while GGG landed just 4 of 14 power punches per round after landing 10 of 28 in their first 2 fights. #CaneloGGG3 pic.twitter.com/RsiE7NR869

As for their total punches, GGG threw over 30 more punches than Alvarez but the Mexican superstar was more efficient. Alvarez landed a total of 130 out of his 487 punches. Golovkin, meanwhile, connected on 120 of his 521 punches.

Official scorecard for #CaneloGGG3. Most ringside media had it very wide for Canelo. #boxing pic.twitter.com/A8yvLLTytF

After the win, Alvarez praised his foe for three great fights.

“Thank you so much, my friend. Thank you for everything. We gave the fans three good fights.”

Canelo Alvarez also made it clear that he’s ready to face anyone inside the ring. He also addressed why he doesn’t want to fight Mexican fighters.

KSI Knocks Out Both Luis Alcarez Pineda and Swarmz