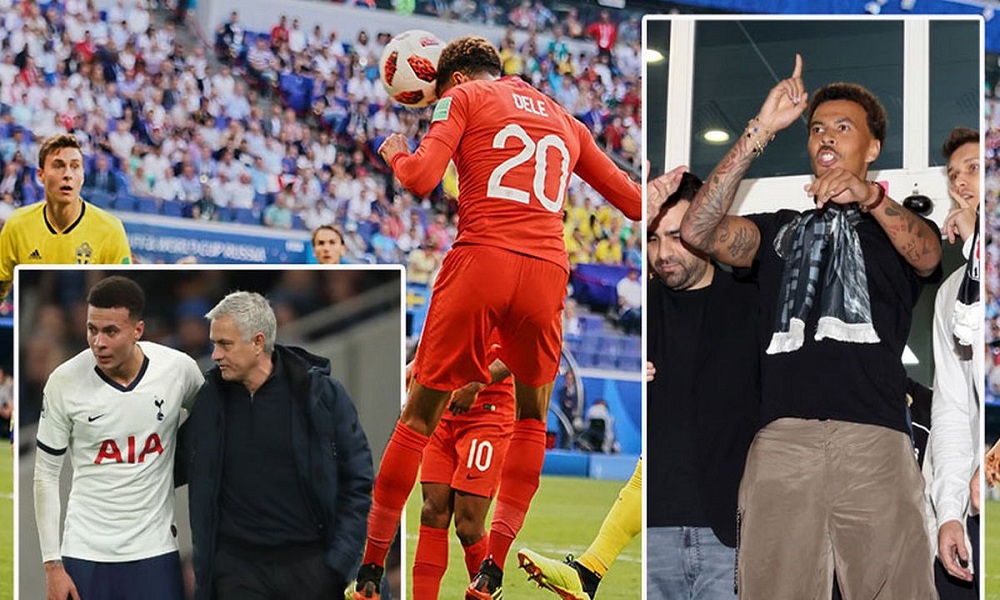 Is This The End For Dele Alli at Beşiktaş J.K.?

Dele Alli is hoping to revive his career at Besiktas at 26, just three years after Participating in the Champions League Final

Photo: All or Nothing Series, Amazon Prime Video

Is This The End For Dele Alli at Beşiktaş J.K.?

Born and Raised in Milton Keynes, He Joined the Youth System at Milton Keynes Dons Aged 11 and Broke Into the First Team Five Years Later, During the 2012–13 Season. Over the Next Two-and-a-half Years He Made 88 Official Appearances for the Team, Scoring 24 Goals. He signed for Tottenham Hotspur in February 2015 for an Initial Fee of £5 Million, Being Loaned Back to the Dons for the Remainder of the Season. In Each of His First Two Campaigns at White Hart Lane, Alli Was Voted the PFA Young Player of the Year and Made the PFA Team of the Year.

From rumors about Joining Real Madrid in 2016, after Winning PFA Young Player of the Year, Dele Alli Scored just 67 Goals in 269 Appearances for Tottenham Hotspur.

When José Mourinho first arrived at Tottenham, in 2019, it seemed that he’d either get the best out of Dele or things could unravel quickly.

in the All or Nothing series Amazon Prime Video with the Premier League side, José Mourinho Advised Dele Ali to demand more from himself Photo: All or Nothing Series, Amazon Prime Video

“I am 56 now and yesterday I was 20. Time flies. One day I think you will regret it if you don’t reach what you can reach, I am not expecting you to be the man of the match every game. I am not expecting you to score goals every game. I want just to tell you that you will regret it, You should demand more from yourself. It should not be me demanding more from you. The manager said.

in another moment in the series, Mourinho claimed that the former MK Dons player was “f***ing lazy,” when talking in a team meeting, and it feels like what the Portuguese manager was saying may never have gotten through.

After Starting Only Eight League Games in the 2021–22 Campaign and Just Seven the Year Before, Alli Was Made Available for Transfer by Tottenham in the January 2022 Window. He moved to Fellow Premier League Side Everton on 31 January 2022 on an Initial Free Transfer; He Signed a Two-and-a-half-year Contract, Running Until the End of the 2023–24 Season.

Whilst Frank Lampard‘s Side Did Eventually Avoid Relegation, With the Midfielder Even Starring in the Turnaround Win Against Crystal Palace, His Impact Was Limited Outside of That Game.

With Zero goals or Assist in 13 Appearances For Everton FC, Dele Alli Joined Beşiktaş J.K. on loan for the remainder of the 2022–23 season with an option to buy for the Turkish club On 25 August 2022.

There Were Brief Moments Where the Quality Shone Through, Be It at Spurs or Even for Flickers at Everton, but Alli Never Looked Likely to Respond to the Kind of Tough Love Mourinho Has Been Prone to Offer. The Question is Whether a Different Approach or a Different Manager Might Have Done the Trick at Spurs, but That’s Something We Can Never Know.

On top of it all, Alli is still just 26. He might have more miles in his legs than others of a similar age, having racked up the minutes so young, but there’s still time for him to recover what he lost.

Now it’s all about whether he can remember what allowed him to unleash his talents and remind us that what we & Real Madrid saw in 2016 – 2018 and before hasn’t completely faded from view.

If You Enjoyed This Post, Then Hit That Like or Subscribe.
If You’re New Around Here Beyond That I’m Ghanxt and Thanks for Reading Sportsfeed: More Than Just the Game.