Cristiano Ronaldo Transfer saga will end soon, as it is heavily reported CR7 will stay at Man Utd Unless Chelsea Makes a Move before the Transfer window closes in less than 48 Hours. 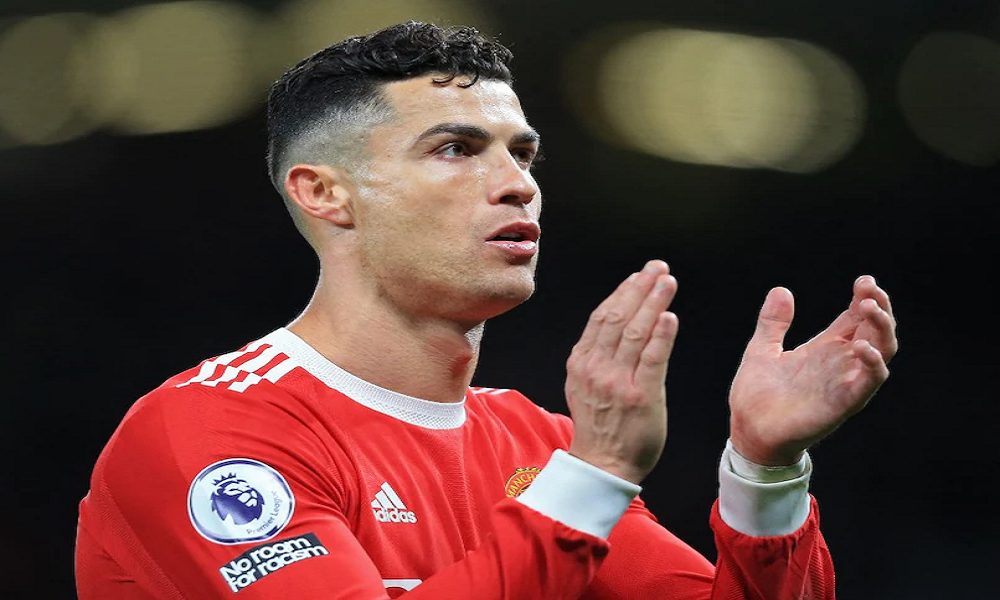 Cristiano Ronaldo has been pushing for a transfer since the end of last season when United failed to qualify for the Champions League.

Manchester United coach Erik ten Hag repeated on Wednesday that he was counting on Cristiano Ronaldo this season. “It’s clear, of course, we need quality players,” Ten Haag said when asked about his unsettled Portuguese star on the day before the summer transfer window closes. “You need more and to cover all the games to keep the consistency going, that’s what we strive for,” he told a press conference. “From now on, we go in three games a week.

We will go from September to minimum January with this squad, Quoted Manchester United coach Erik ten Hag

Ronaldo has been pushing for a transfer since the end of last season when United failed to qualify for the Champions League. The 37-year-old Portugal striker is the all-time top scorer in the competition, 15 ahead of Lionel Messi, but the Argentine is more than two years younger and will be playing in the Champions League this season with Paris Saint-Germain.

Ronaldo has found it impossible to attract offers from Europe’s top clubs, with the latest reports linking him with the likes of his former team Sporting Lisbon, as well as Napoli and Marseille. Ronaldo has only started one of United’s four league games this season, the humiliating 4-0 loss at Brentford.

The 37-year-old CR7 is putting the brakes on any potential Napoli move in the hope that the Blues will make a last-minute call to agent Jorge Mendes for his services.

Chelsea were heavily linked to Cristiano Ronaldo earlier this summer, but Thomas Tuchel put the brakes on this potential deal as he didn’t believe Ronaldo fit the right profile.

However, it was believed that Tuchel would reconsider his rejection if the Aubameyang deal didn’t come off. Italian outlet Corriere dello Sport have reported that Ronaldo is reluctant to move to Napoli in what could be a swap deal with Victor Osimhen as he prefers a West London switch.

with just less than 48 Hours left for the transfer Window to Close for the summer, the Cristiano Ronaldo Transfer saga will end, as it is heavily reported Ronaldo will stay at United Unless Chelsea Makes a Move for the Goat Soon.

If You Enjoyed This Post, Then Hit That Like or Subscribe.
If You’re New Around Here Beyond That I’m Ghanxt and Thanks for Reading Sportsfeed: More Than Just the Game.