SIDEMEN fought back in incredible fashion to beat the YouTube All Stars 8-7. 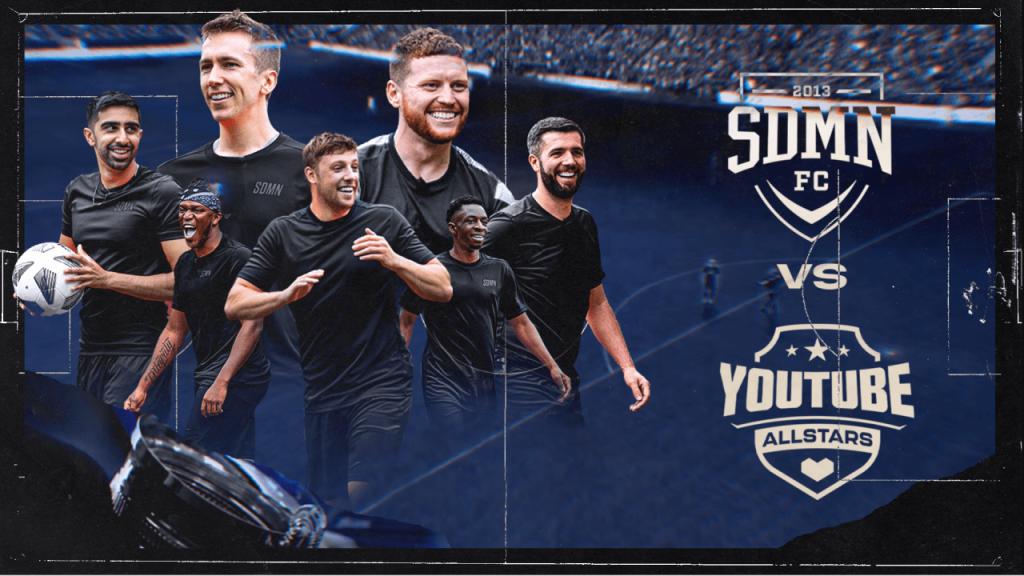 Sidemen FC and YouTube Allstars prove football can be a success without any pros involved. An incredible 25,000 supporters turned up at the Valley, while 2.6million viewers watched the likes of KSI and Chunkz in action in a thrilling match through a live stream while An incredible 18m tuned in over the first 24 hours.

It was the Sidemen FC who ran out 8-7 winners – but it was the charity that was the real winner. Both sides managed to raise over £1 million for Campaign Against Living Miserably, Teenage Cancer Trust, Rays of Sunshine and M7E

This was the fourth charity football event organized by the YouTube group. The first three matches were held consecutively between 2016 and 2018. With the conclusion of the latest one, Sidemen have now clinched three of the four clashes against YouTube’s finest.

The match was highly entertaining. Not only did fans get to see some of the biggest creators try out their skills on the field, but they were also treated to an absolute goalfest. With over 15 goals scored, this has been one of the most prolific and enthralling charity matches in recent years.

KSI on the Sidemen Charity Match

KSI gave his thoughts to Sky Sports ahead of yesterday’s game as they prepared to step out in front of a sold-out stadium in Charlton.

“10 years ago we were in our bedrooms playing Fifa pretending to be our favourite footballers.

The match started off with the YouTube All-Stars getting a quick 2-0 lead inside 10 minutes courtesy of goals from two Beta Squad members, Chunkz and Niko Omilana. Vikkstar123, arguably the unlikeliest of goalscorers, pulled one back in the 12th minute.

Following that, fans were treated to an absolute thriller of a contest, with both teams exchanging blows every few minutes. Twitch streamer and YouTuber Tobi scored the equalizer for the Sidemen in the 18th minute. Three more goals were struck by the end of the first half (Yung Filly 26′, Miniminter 32′ and Theo Baker 41′).

With penalties looking inevitable, Miniminter produced the winner for Sidemen FC by lobbing the keeper from outside the penalty area in the 87th minute.

Miniminter received Man of the Match for  3 Assists and 3 Goals in the Sidemen Charity match.

This Was the Entire Coverage of Sidemen Charity Match is Bought to you By City Hawks Foundation, Fauji Farms, Shaurya Loans